What Photoshop is, and isn’t

20 Nov What Photoshop is, and isn’t

Flashback to 7 years ago. I was in Pennsylvania at a retreat for photographers put on by my friend Jess Lark, and we were goofing off. We were on day three of choosing art over sleep and photographers get a little weird after a while, so…

It started with Jess showing some people who were new to it how to use the liquify tool in Photoshop. Now, the liquify tool is what you think of when you think Photoshop fail or (“those photos on the fronts of magazines are lies.”) It’s a great tool when used ethically- if your bra strap cuts in we can smooth that, if your dress bunches weird, no problem. But you can also do some pretty questionable things with it.

So, we did all of them. And then posted it on a popular but very self-important photography forum and tried to convince people my boobs just grew that way.

Narrator: They did not. 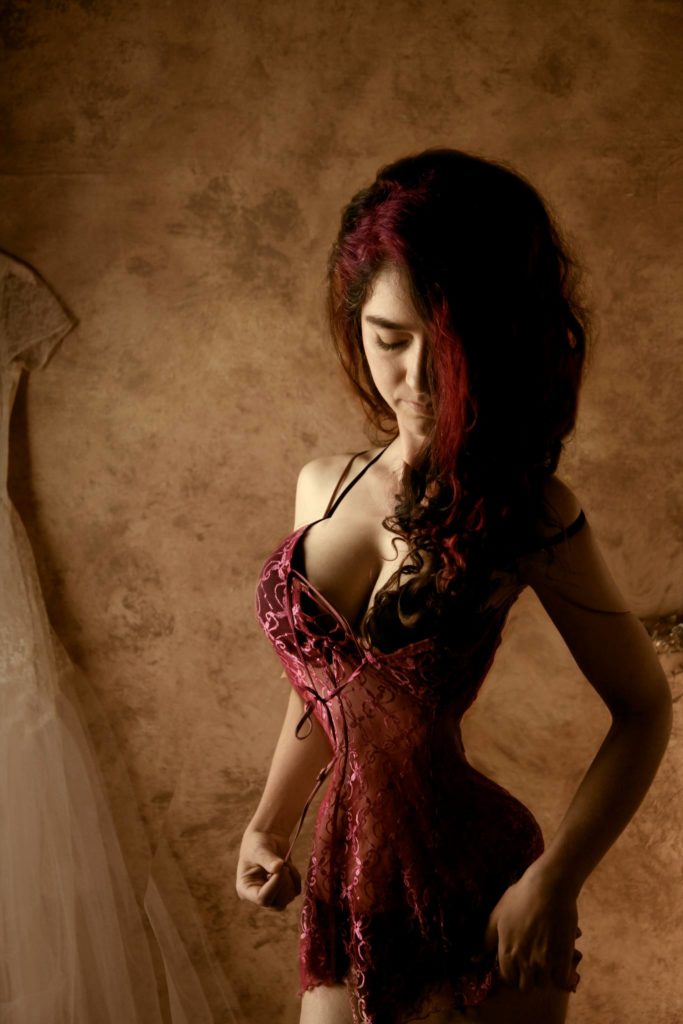 The responses were so much fun I think we actually made popcorn while we watched the internet have conniptions. Eventually, though, we gave in and posted the before and after; Jess’s military husband Mike was called in to provide logistical support. Definitely one of the more attractive men I’ve had up my skirt, I must say. We spent a good amount of time “finessing his posing.” 😉 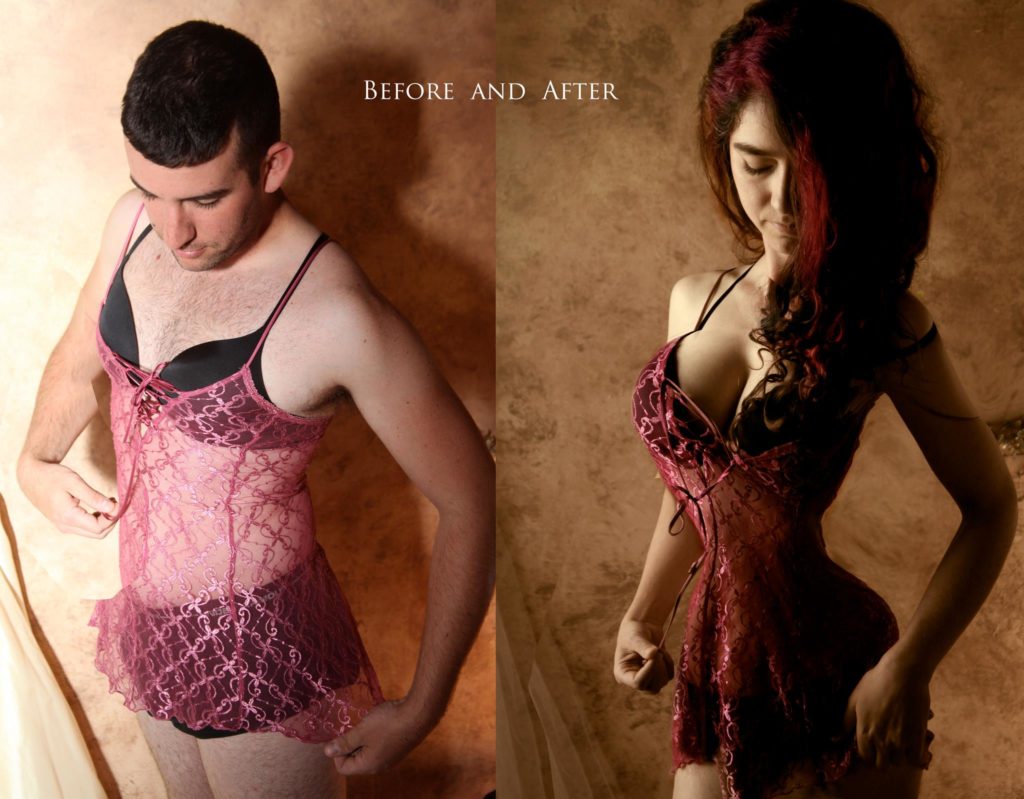 So, what’s the point of this post, other than to give you a look at the kind of geeky ridiculousness photographers get up to when overtired, and perhaps a look at a hot man in lingerie? Photoshop is kind of the elephant in the room, where boudoir photography is concerned. When you come for a shoot you want to look spectacular, but you also want to look like YOU. Not a Photoshopped, Barbie’d up version of you. Well, that’s what I want too. I can’t help you fall in love with the body you have if I don’t show you that body. Consequently my editing style is much lighter than a lot of photographers, because at the end of the day I want you to look in the mirror, turn just so, and see a glimpse of what I see through my camera.

Here’s a typical Photoshop before and after from one of my boudoir shoots. If you look closely you’ll see that the light stand in the top left is gone, as is a shadow on her knee, and skin has been softened slightly to compensate for the way that good cameras and lenses tend to emphasize skin texture.

Here’s another set from the same shoot. Most good photographers shoot in the “RAW” file format, which means that the photos can come out of the camera a bit dull (I’m not going to bore you with the details, if you’re a geek you probably already know them and if you’re not I promise you don’t care). I’m picky about my colours so I spend far too long getting them just the way I like:

Now, some people have scars or stretchmarks they don’t love, or want a bit of a tummy tuck- that’s cool, we can work with that too. But my default is always going to be to show you well-posed, well-lit photos that flatter you without my needing to get crazy with the liquify tool. When you look at your photos, I want you to see yourself- the prettiest, sexiest, most gorgeous version of yourself. I think she’ll amaze you. <3

Have more questions about how photoshop is used in boudoir shoots? Drop them in the comments!