On Falling In Love

19 Mar On Falling In Love

Posted at 02:21h in Gratitude by Star 2 Comments

In 2009 I was in a bad place. I’d been struggling with that lying sonovabitch depression since I turned 15 and that was the year I thought I might finally lose. I’d lost some close friends and then eventually just eased sideways out of most of my other friendships, so quietly I convinced myself that no one even noticed.

I don’t remember why I went out that day, but I was having tea at my cousin Jill’s house and stayed a bit longer than I intended. I was dressed for depression- baggy sweater, shapeless jeans, favourite odd green hat- and I was moving slowly. So I didn’t quite make it out before Jill’s friend Ben arrived to pick her up for board game night. And when he invited me along, I said yes for no reason I can conceive except that I was afraid to be alone again. 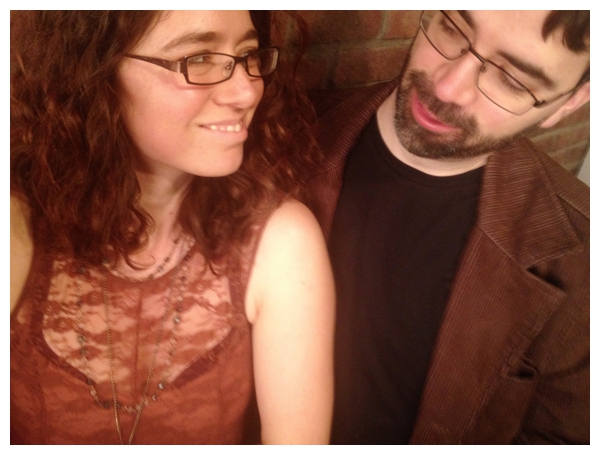 We went out to his zippy little red car, and he and Jill talked and joked and laughed. I sat in the back seat enjoying the energy, the lively chatter of these two charismatic people. I didn’t try to keep up, I just tried to look normal. At the time it was all I had.

When we got to Adam’s house he and Jill ordered pizza- a very tiny amount of pizza. Ben and I found ourselves immediate allies in the quest for real pizza, big pizza, pizza to feed our much larger frames. We ordered and then used the excuse to go pick up the pizza- ordered now from two different restaurants- to drive around together. I was drawn like a moth to this vibrant, loud, funny man. We drove all over Edmonton, getting lost, going to the wrong pizza places, completely forgetting to care that our friends were back at the house quietly starving to death.

I tried to remember how to be witty, tried to hold up my end of the repartee, and it felt like pushing through a thick fog towards the sun. I remember smiling and the odd way it pulled on unused muscles. I remember how happiness felt like a shirt that didn’t fit anymore. We flirted, and I wondered how he could possibly find me attractive. But I wanted to believe. 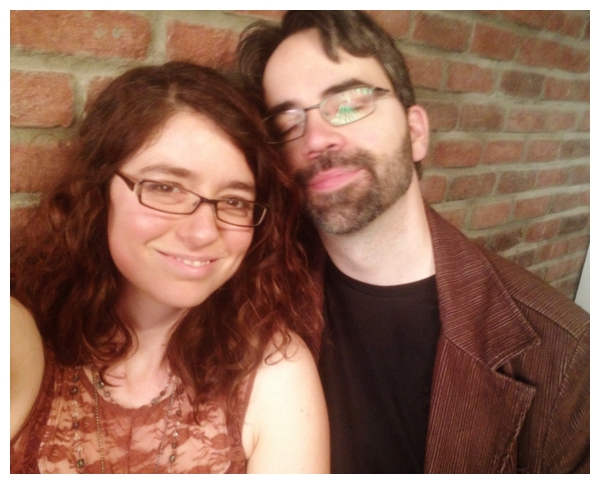 It turned out that day was his birthday, and I heard somehow that his party was the following Friday. So with more courage than I’d had in a long time, I called up my friend Carla. She was living with the friends who were hosting the party, and while she and I weren’t close friends- yet- I felt instinctively like she was the sort of girl you could trust to have your back. So I asked if I could come.

That party is a blur to me now. I remember flirting, and being amazed when it worked. I remember being welcomed by everyone at the party, then acquaintances who are today some of my dearest friends. And I remember finding an excuse to stay to the end of the party, to go back downstairs for a not-accidentally forgotten sweater, and to find myself in Ben’s arms for our first kiss.

It’s not an easy happily ever after from there; we weren’t right for each other at the time. It wasn’t supposed to be forever. It didn’t make sense. But over the next two years I learned to be happy and he learned to love my complicated, difficult special needs kids and did the enormous amount of work it took to learn to be their dad. We both changed and grew and eventually it did make sense; perfect, inescapable sense. He asked me to marry him. We bought an acreage and horses together. He got a job closer to the city and I learned to look interested in his computer games. 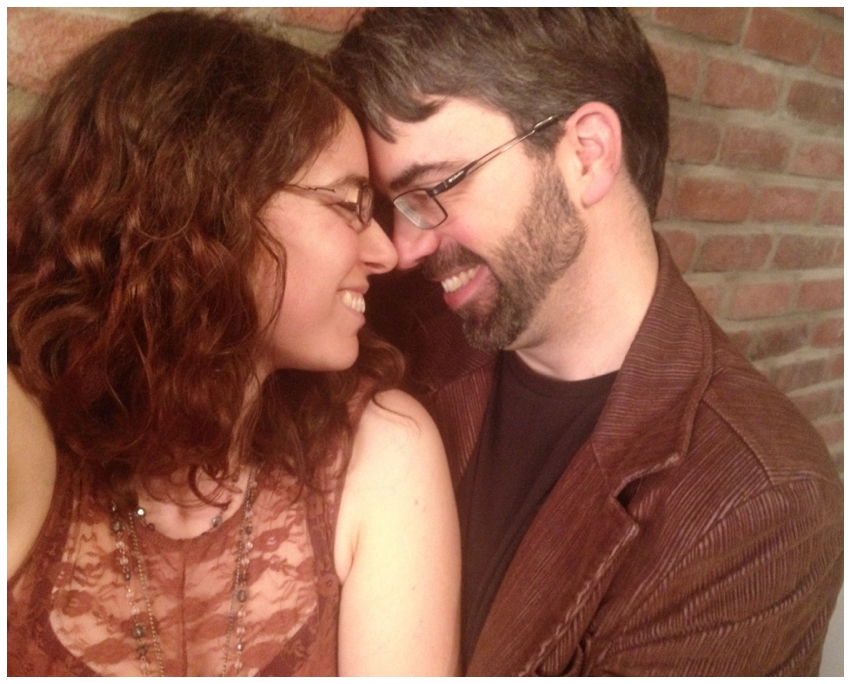 It’s been six years today since we drove around looking for pizza. Six years since he gave me my lost smile back. Six years since I laughed at him when he invited me back to his hotel room.

Ben is responsible, reliable, thoughtful and smart. He is my rock. He loves me to distraction and brings me flowers so often it makes me a little crazy. He’s a great dad and a forgiving partner. Also, seriously great in bed. Just saying.

I told him early on that I didn’t think I’d ever fall in love again. I told him I was too broken to love and to keep his distance. I told him to go before it hurt too much to see him leave. I told him I’d get tired of him within a year. And now I think, when he doesn’t always listen to me 100%, well, that’s probably for the best, don’t you think?

I love you, Ben Ansaldo. Happy birthday, and happy anniversary. Keep me?