We’re Not In Kansas Anymore

The first clue that Lucky Pierre’s was not the sort of place I had been to before was the sleekly muscled male dancers taking turns on the pole in the window behind the bar.  Visible to both passersby and those waiting for their drinks, they wore sneakers (cheating! I have to dance in heels) and loincloths and had an easy, catlike athleticism that fascinated.  The alcohol came in enormous plastic cups that looked like something teenagers get pop in from 7-11.  We settled into the stageside VIP seats Jen had gotten us and didn’t have to wait long before the MC came out to pump up the crowd, getting us ready for The Blue Book, Bella Blue’s burlesque show.

It did not disappoint.

Bella herself was first, and every bit the incredible dancer we’d been told she was.  Vibrant, sexy, and fun, she got the audience clapping and cheering as she danced her way out of her clothes with cheeky abandon.  Becky, sitting beside me, decided then and there to give up her career and pursue a life as a burlesque dancer in New Orleans.  Bella left the stage a mad war zone of glitter and feathers, and we waited eagerly for the next performer to be announced. 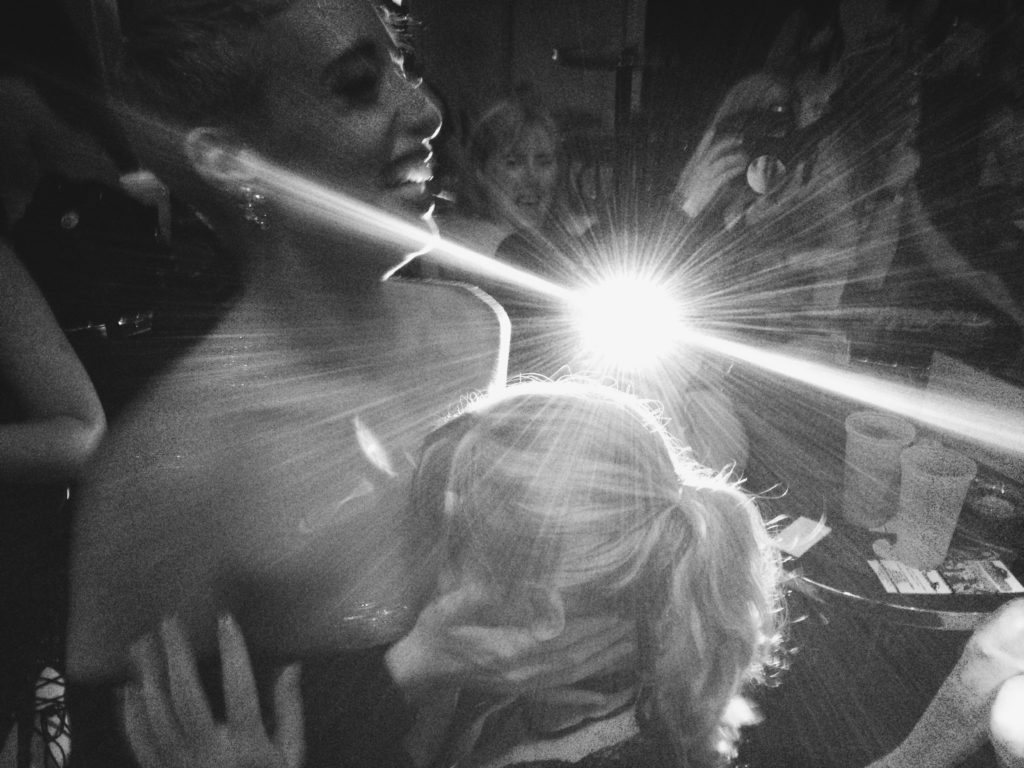 And that’s where things went… a little sideways.  When the MC announced “Nick Sin” I remember thinking, “Nick Sin… that sounds like a boy’s name.  Neat.”

And then he came out.  A Little Person in a blue flying monkey costume.

I don’t panic often. I pride myself on keeping my cool in impossible situations, in fact. But I did not keep my cool this day. Watching this 3 or 4 foot tall man in a monkey suit walk onstage, I thought, “This is all they will remember. Three days of art and friendship and personal growth and laughing naked in the pool and people are going to say, ‘How was New Orleans’ and all anyone will talk about is the flying monkey stripper.” I sat there, mouth open, waiting for the worst.

Once again, I didn’t get what I expected. Nick was a consummate character actor who performed a soulful piece about flying monkeys out of work and the terrible strain of having no place in the world. Admittedly, he ended by throwing fake poop at the crowd (Kit-Kat, anyone?) and winged Becky in the cheek, leaving a very hard to explain mark, but he KEPT HIS CLOTHES ON and it was maybe the first and only time I have been grateful to have someone do that** because I just have no idea how I could ever have watched The Wizard of Oz again. And then out came more beautiful women, as thought nothing unusual had happened.

In the strip clubs I’ve been to before (just let that one slide) there’s been a distance- a careful distinction between performer and audience.  New Orleans was not like this.  The performers left the stage to wander and woo, working for their tips but also engaging the audience until it felt more like we were all at the same crazy party than at a club. The rest of the burlesque dancers (the lovely women I originally expected) were talented and gorgeous, and when they were done the young men who had been dancing in the windows came out for an incredible combination of gymnastics and sexy dancing that somehow, in the end, landed them basically in the laps of the Fearless women in the front row (much to the delight of those women). After them came the most incredible drag show I’ve ever seen; Cher and Madonna and backflips in stiletto heels and so much sass and laughter.

When the show was done, we walked the glistening New Orleans streets to Café Du Monde for beignets and cafe au lait and flirting with a bachelor party that clearly had no idea what hit them (you’ll have to get that story in person sometime). And I learned one very important lesson- that the one thing that is constant between all the retreats is that they are full of surprises and broaden everyone’s horizons, including mine. 😉 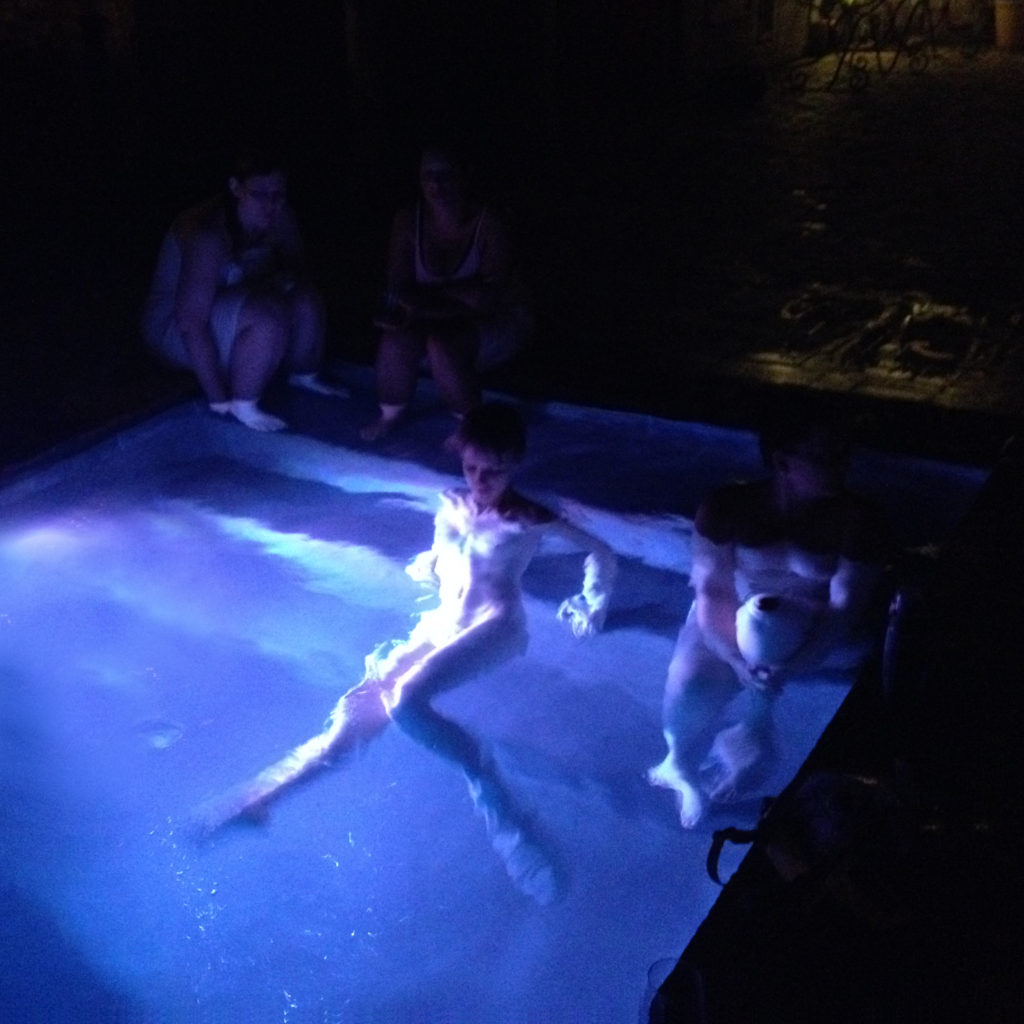 And then we stayed up all night talking naked philosophy in the pool, of course, with or without our clothes according to our whims..

*Wait, there was that time with the cowboy

*Actually nope, now that I think about it the cowboy did not keep his clothes on