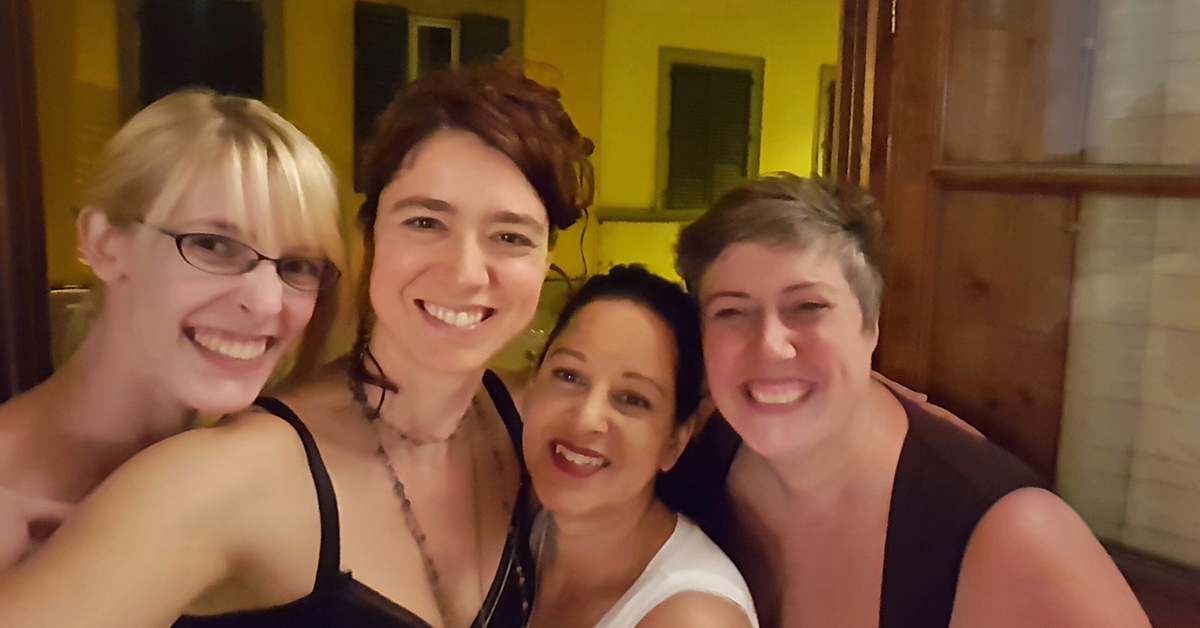 Full. That is the first word that comes to mind when I think of Florence. Full of people, imposing stone buildings, history, art. Full of gelaterias and storefronts selling cannoli, pizza… waffles? Didn’t expect that one. Full of the Italian language, spoken and sung and shouted.

When I arrived, though, it was night, and quiet. Empty of everything except promise. Michelle and I found our second wind after twenty-some hours of travel (including a marvelous ten hours in Amsterdam that I’ll tell you about later) and so Colette and Debbie, already 48-hour veterans of the fair city, took us out for midnight gelato. 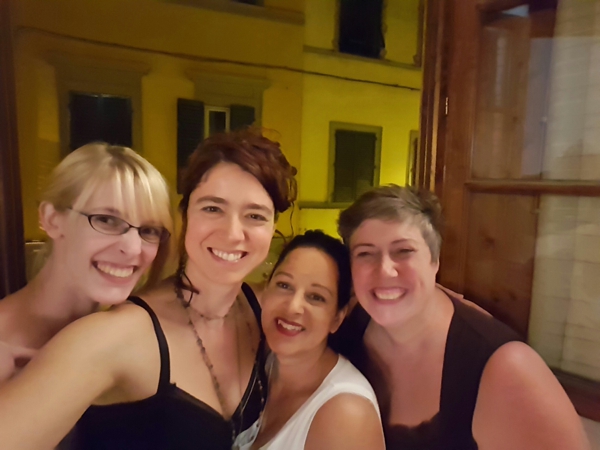 It was a chilly night, and I remember it as full of stars though I know it couldn’t have been. We crossed the Ponte Santa Trinita- or “Bridge of Statues,” as we called it for the statues representing the four seasons that welcome passersby at both ends- from our apartment on the South bank, and Colette led us unerringly through the seeming maze of Florence’s streets to the Piazza Della Signoria. This wide open plaza was bordered on one side by the Loggia Dei Lanzi, an open air gallery of incredible sculpture that was just… well, sitting there. In case you needed to be moved to your soul by 500-year-old statues at midnight.

Which, as it happens, we did.

But what really caught my breath was the Palazzo Vecchio, looming over it all. Huge and forbidding, with a balcony centered so that a ruler could oversee a square full of his subjects, it made me want to know about all the people who had stood there before me, their lives and stories. It is times like this that I begin to grasp just the tiniest piece of how utterly unfathomable human history is, how full of stories we will never know. It gave me chills.

I don’t know how long I stood there before my friends pulled me away, to a brightly lit gelateria where my stumbling Italian was sufficient to win me pistachio and coconut heaven. Colette and Debbie, gone native already, pronounced it “Decent, but not the best” but I am not sure I’ve ever put something so perfect in my mouth.

Then we wandered home, past the treasure-box shutters of Ponte Vecchio, the jewellers bridge, climbed the stairs to our tiny Florence apartment, and slept at last- gelato had obviously been the key.

Our adventure had begun.